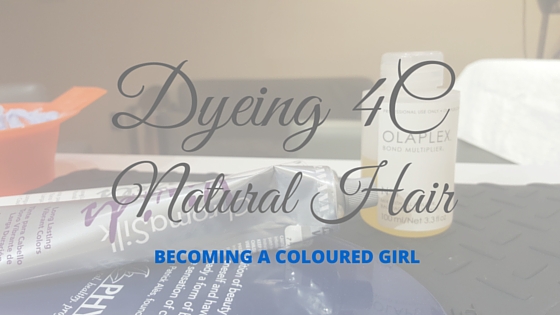 It finally happened, beauts! It has been a little over a month since I announced here that I will be going grey. For those who have followed parts of my hair journey, you know that I am very spontaneous when it comes to my hair. AB and I call it the anywhere-belle-face approach. From my big chop to my first kiss with heat damage, every decision I have made about my hair has been pretty on the spot – no premeditation. Keeping with my desire to live deliberately this year, however, I decided to be deliberate in certain ways about my hair. Dyeing it was one of such things. I decided to go grey at the end of December 2015, began researching the possibility and scouring for inspiration immediately, set up a consultation in early February and booked a date to have the deed done. Everything was planned!

How Was It Done? 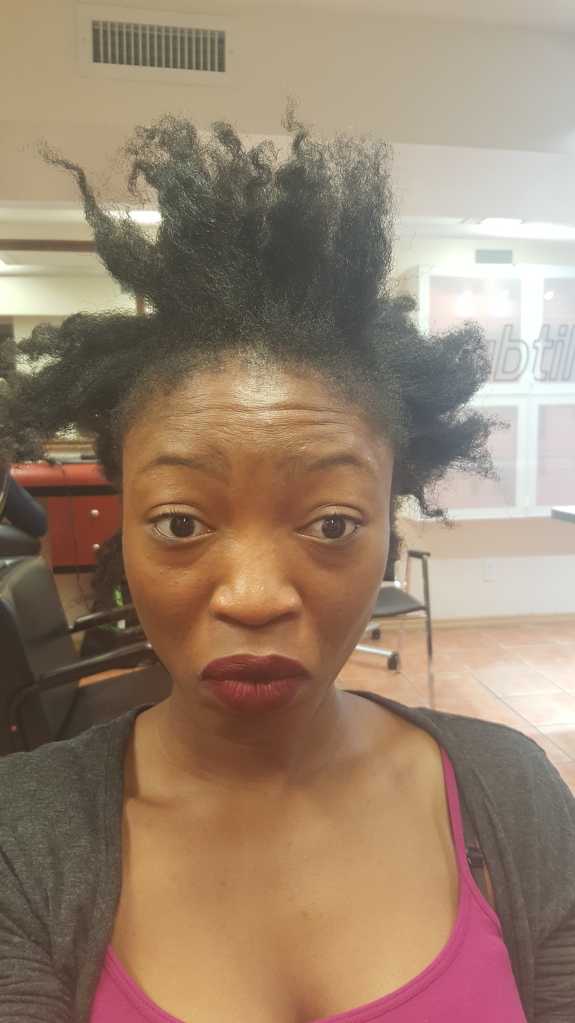 My salon of choice was Honey salon in Harlem, NYC. I have been to this salon previously and liked my experience so after some research, I was comfortable with having the stylist take my hair colour virginity. I arrived with my hair in chunky twists. We took these out and finger detangled. We had decided at my consultation that only a patch in the front of the hair was getting colour. My hair was parted to separate out the chunk to be worked on. I had thought that the colour will begin from my edges, however, she left out some hair right in front and braided it to allow freedom to work on the chosen chunk. The bleach was mixed in a little bowl and a few drops of Olaplex was added. This was the first time I learnt about Olaplex. Apparently, it helps to prevent breaking when either colouring hair or getting a relaxer. 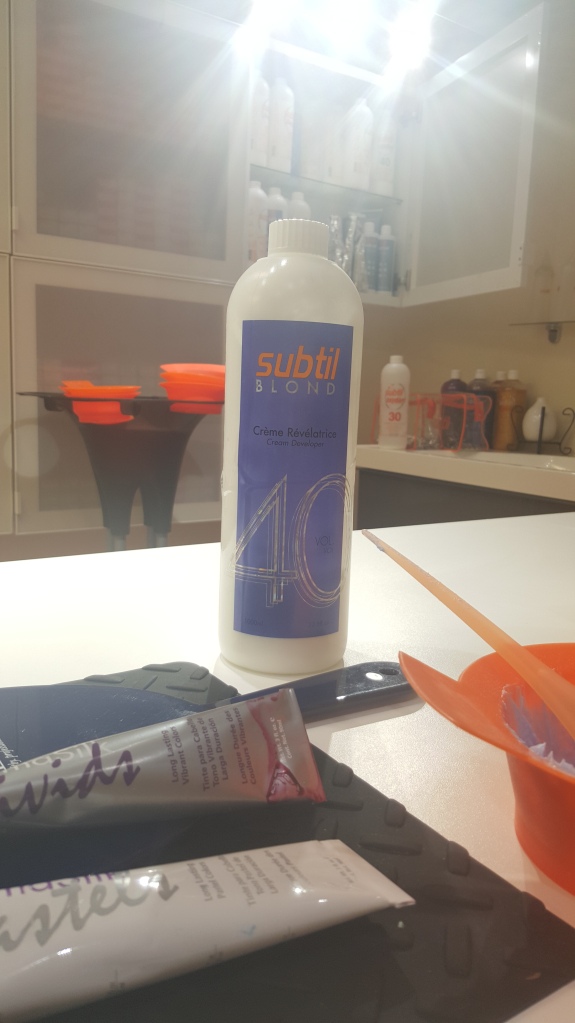 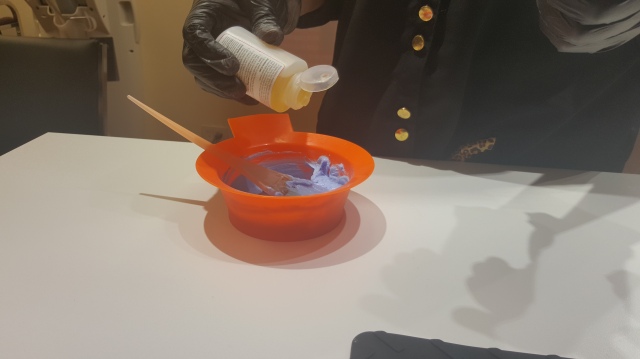 The bleach sat in my hair for some minutes while we chatted. Once it looked ready, we washed it out with just water. 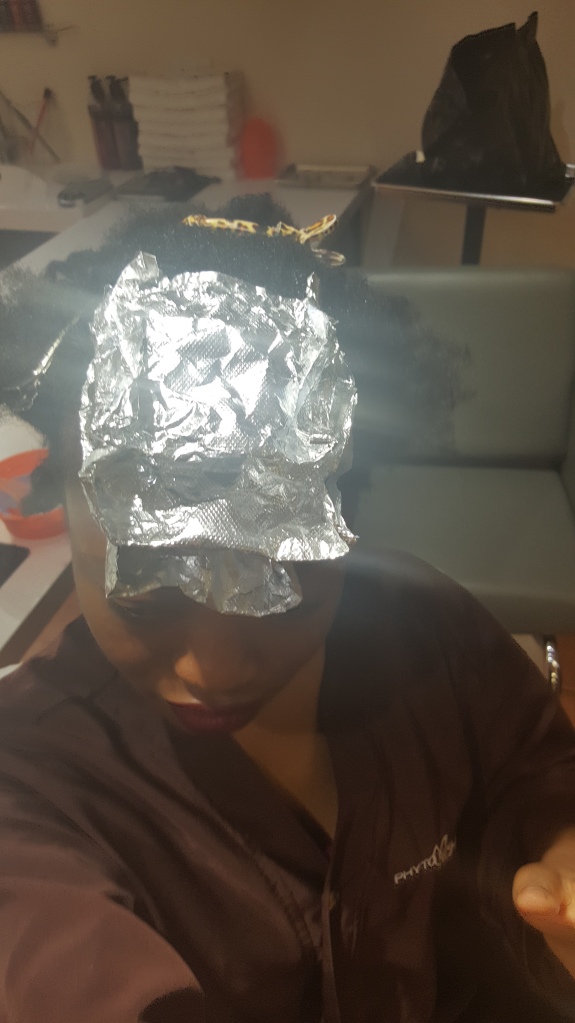 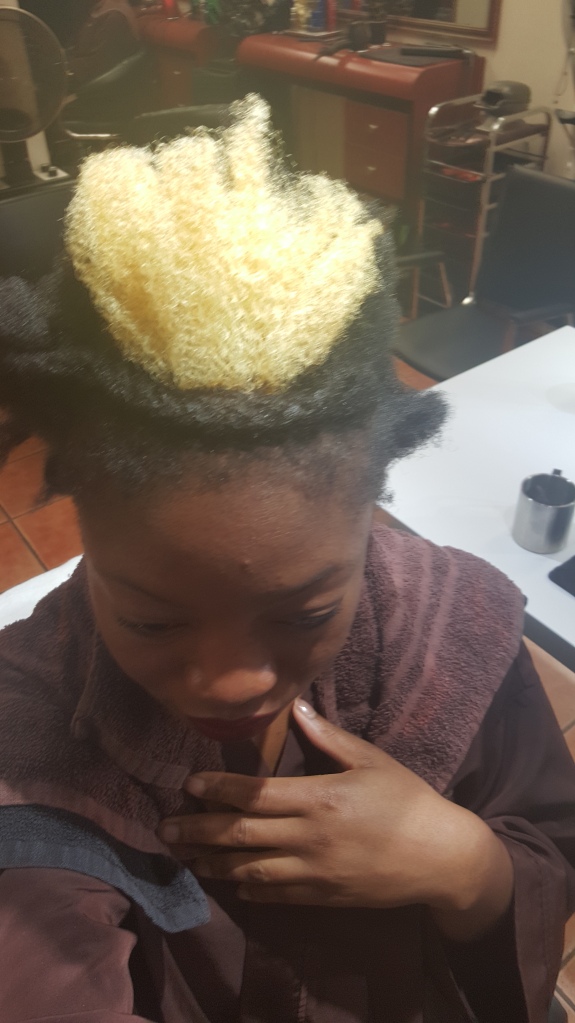 Then there was a second round of bleaching. This time, I sat underneath the hair dryer with the bleach sitting in my hair. 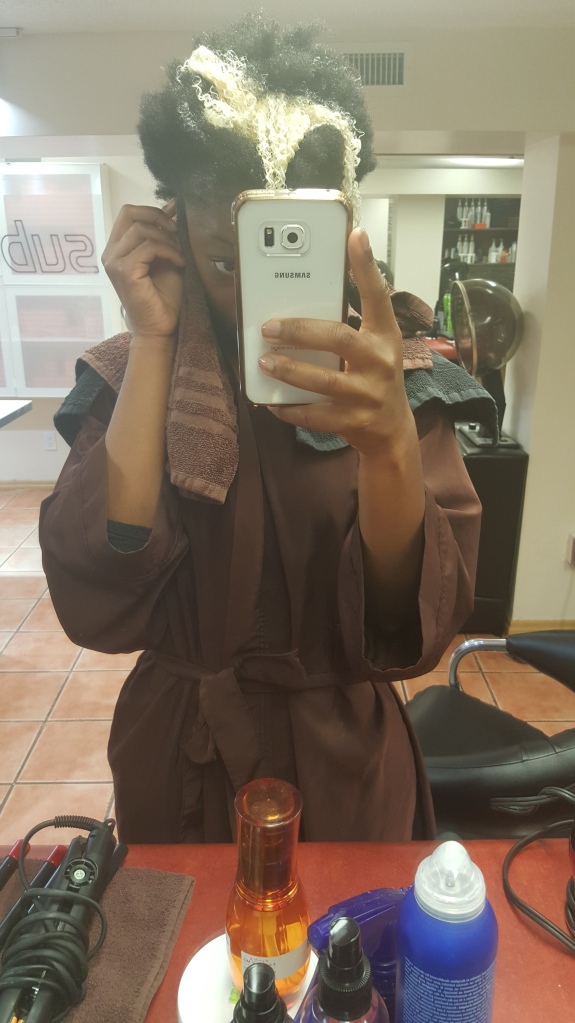 The bleach was washed out again with water and a few drops of the Olaplex conditioner was put in for a few minutes before being washed out. 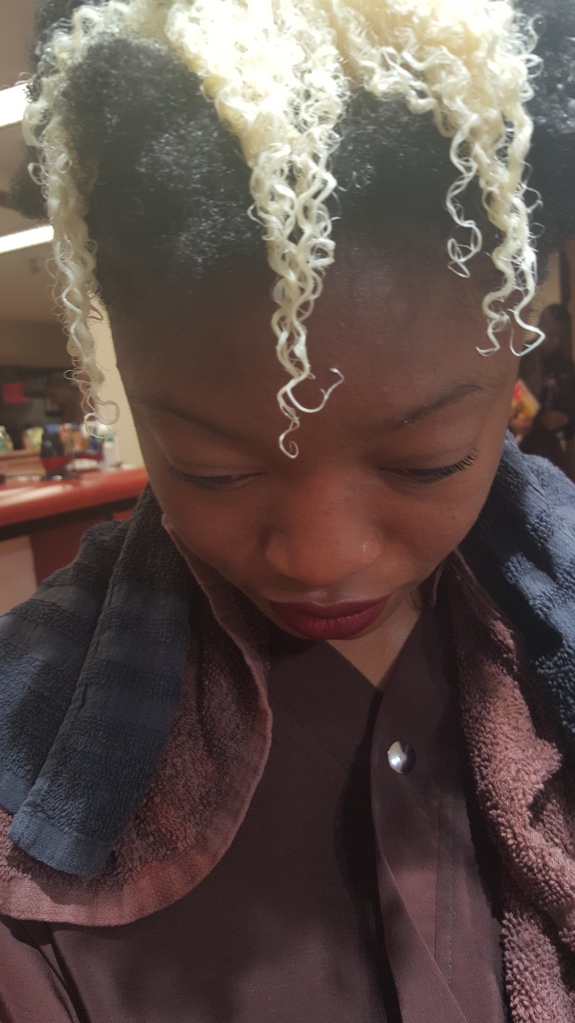 See how the bleach altered my curl pattern by the second round? It was temporary, though.

At this point, it was time for colour!!! 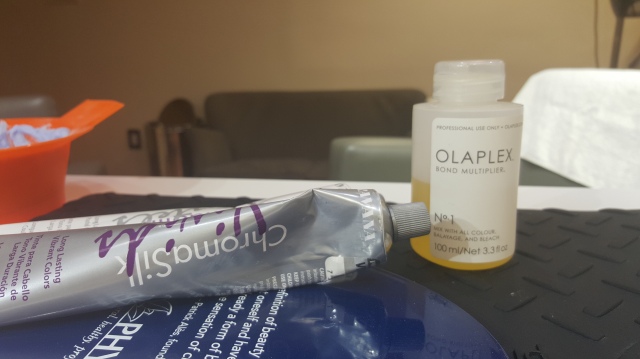 The colour was mixed with developer and then applied to my hair in two sections, separated with foil. Before she did the entire chunk, she did a small strand test for me to see what colour to expect. I was happy with it. She went a little dark on the grey because the first time I wash it, it is expected that it will get a little lighter. 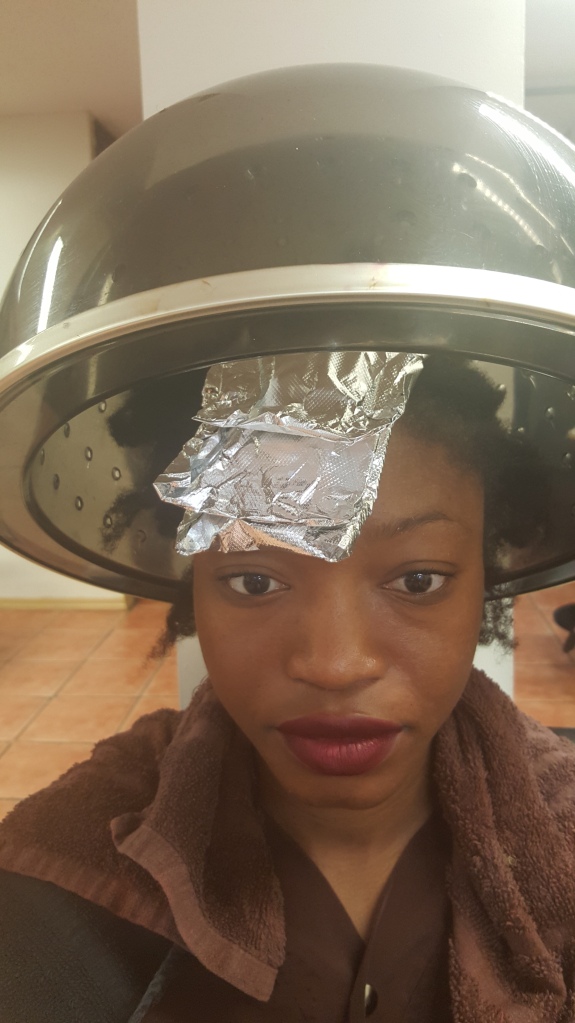 I sat back underneath the dryer after a deep conditioning treatment was applied to the rest of my head and counted down, a little nervous and a lot of excited.

And then it was time for the semi-big reveal!

How Long Did It Take?

The process started at about 10:45am. We put the colour in my hair at about 1:30pm. At about 3:00pm, I strutted out of Honey feeling like the only attraction on the streets of Harlem! So, let’s say it took 5 hours in total.

How Did I Find the Process?

I was definitely excited. It wasn’t as steps-heavy as I had imagined. Sure, there was a lot of sitting around and then rinsing out, but I had exaggerated what the process will be like in my mind. It took 5 hours from start to finish but it did not feel that long in reality. After my second bleach, I started to think of this process as similar to getting a relaxer. Chemicals! The smell of ammonia reminded me so much of getting relaxers. Now, I am not sure if it was psychological or real, but at one point, when the dye was sitting in my hair, my scalp started to feel the same way it would feel when I got relaxers. However, once the dye was washed out, the feeling disappeared. I did have many negative thoughts – what if all my hair in the chunk fell off? What if the colour does not take? But whatever the result, I was ready to rock it to the fullest.

I LOVE IT! She had to fight to keep me sitting still while she blow dried and gave me a little hair cut and style. I was oh so giddy! I wanted to keep looking in the mirror.

There were compliments from the women in the salon. One of the women at the front desk who knew that I was leaving with more colour than I had come in for looked at me and said, “I can’t believe you did that!” I still cannot believe that I went through with this. She also wondered what I did for work. LOL. I am eager to see reactions from co-workers and my bosses – but that won’t happen until Tuesday. I prepped them, though. However, what they will see is definitely not what they’re expecting. 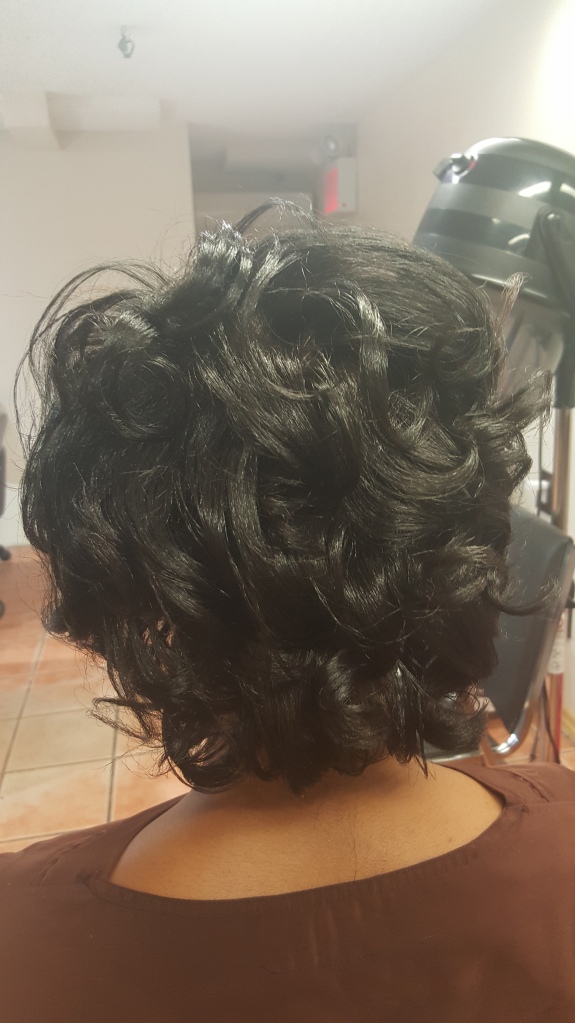 AB loves it!!! I also surprised her with my final results as I shall you in a little bit.

My friend, Z, is the only person so far, that has expressed some discomfort about the added colour.

My roommate, T, kept inspecting the hair and finally pronounced that if there is anyone that can pull this off, it is me. She likes it but says it is not something she would do.

So far, it appears that the look has given some friends the colour fever. Now to see how many will actually go through with it!

So, now to you. What do you think?! Is this something you see yourself rocking? If you met me for the first time, what impression would you have of me just by looking at my new hair? 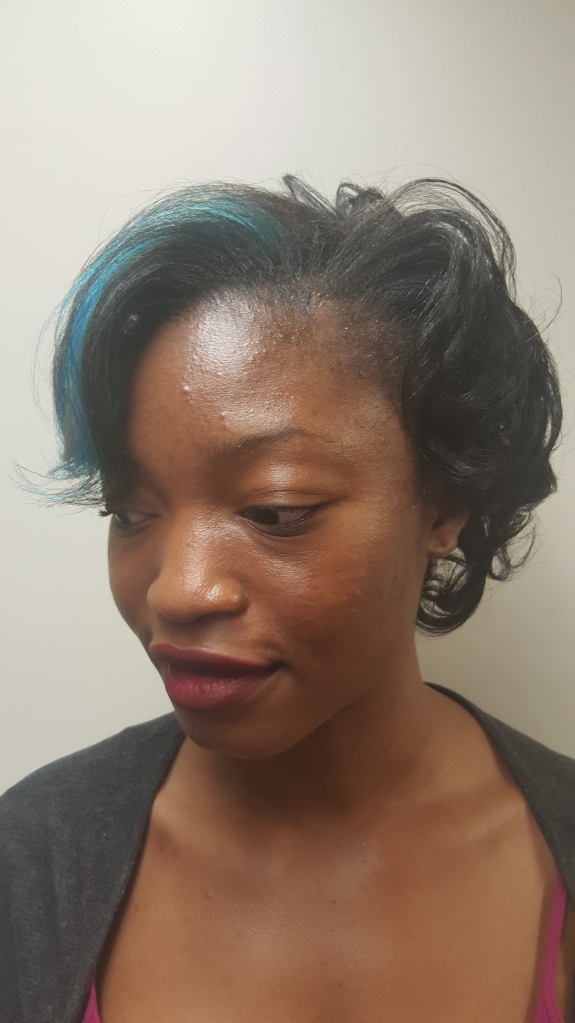 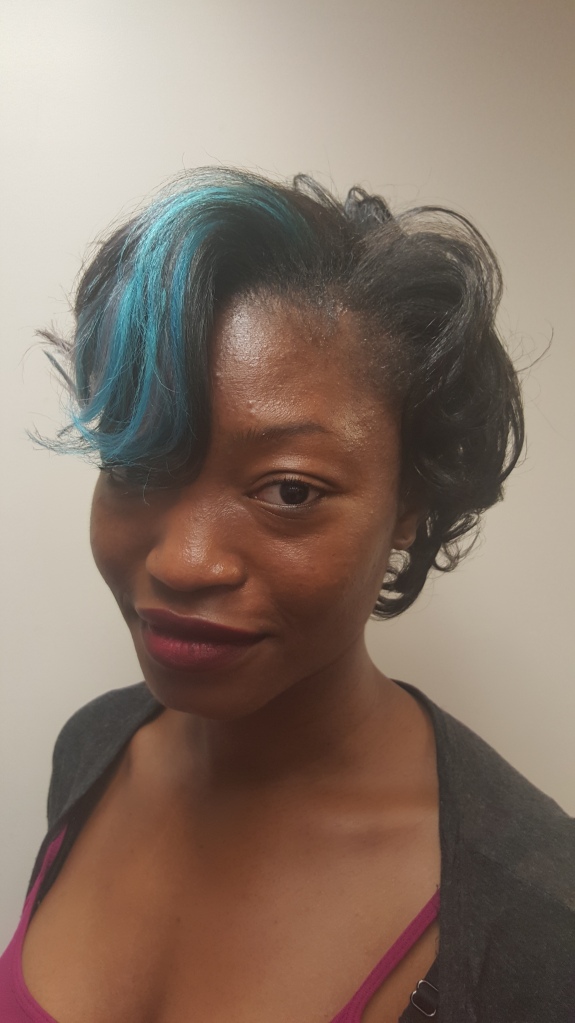 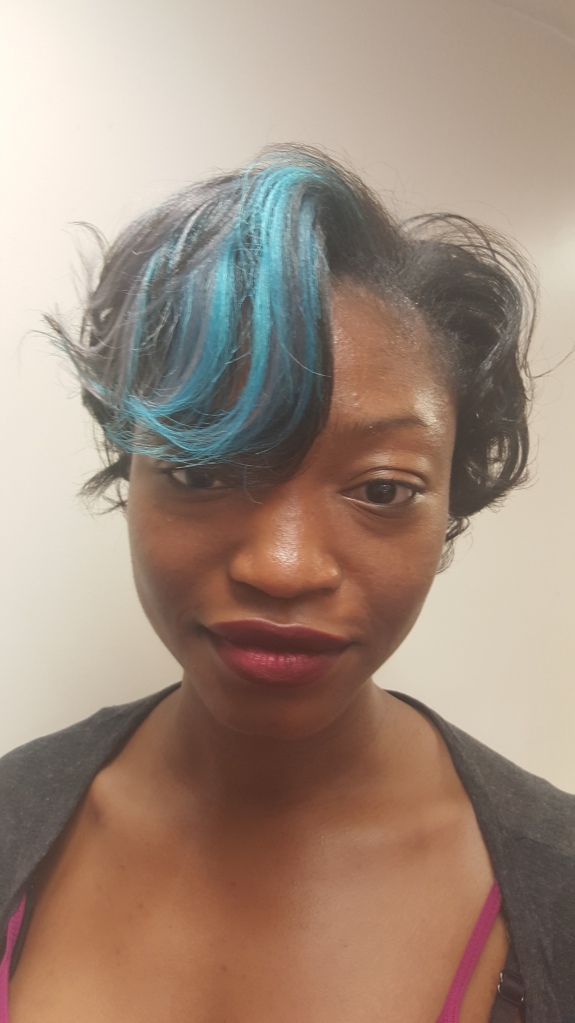 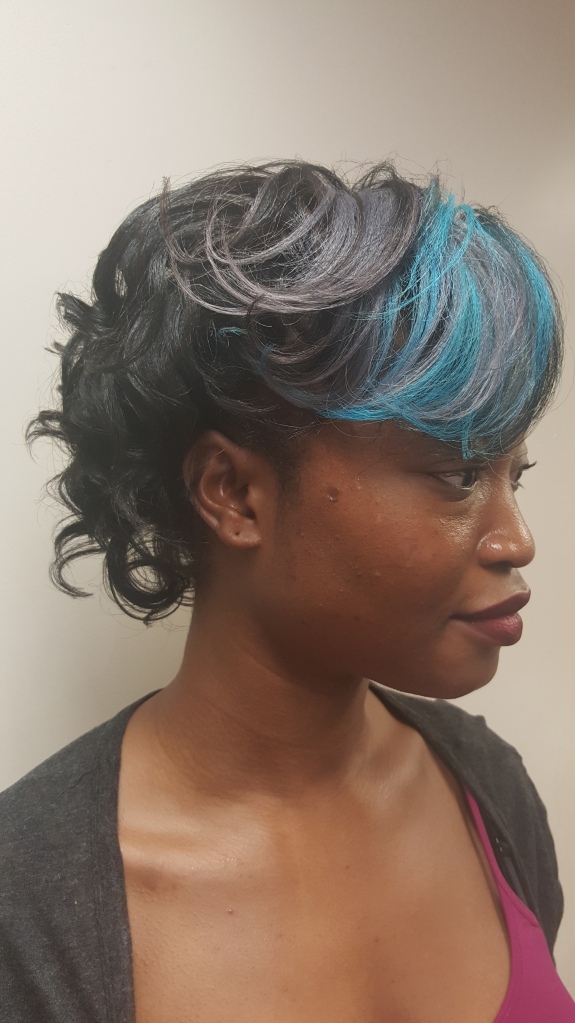 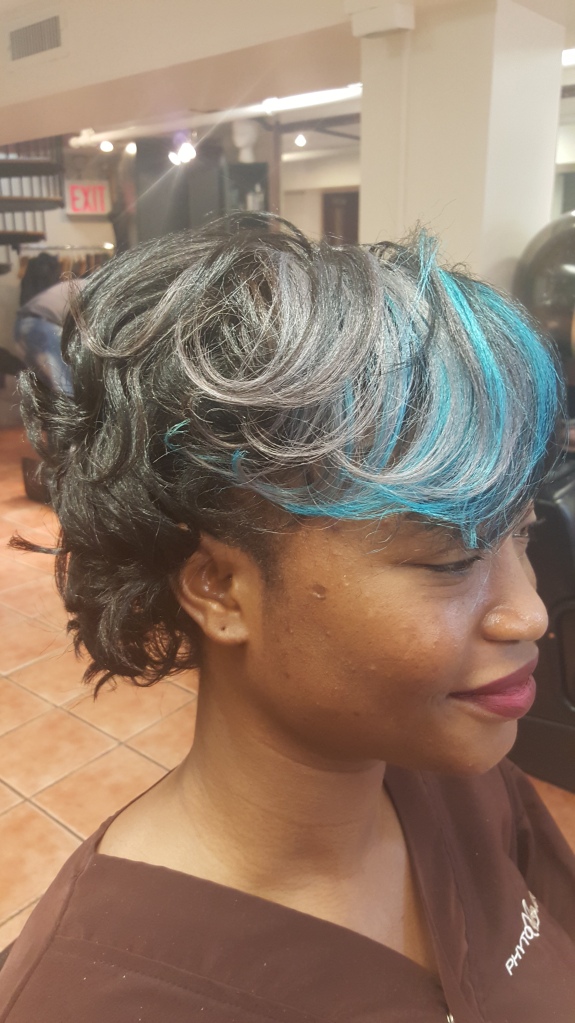 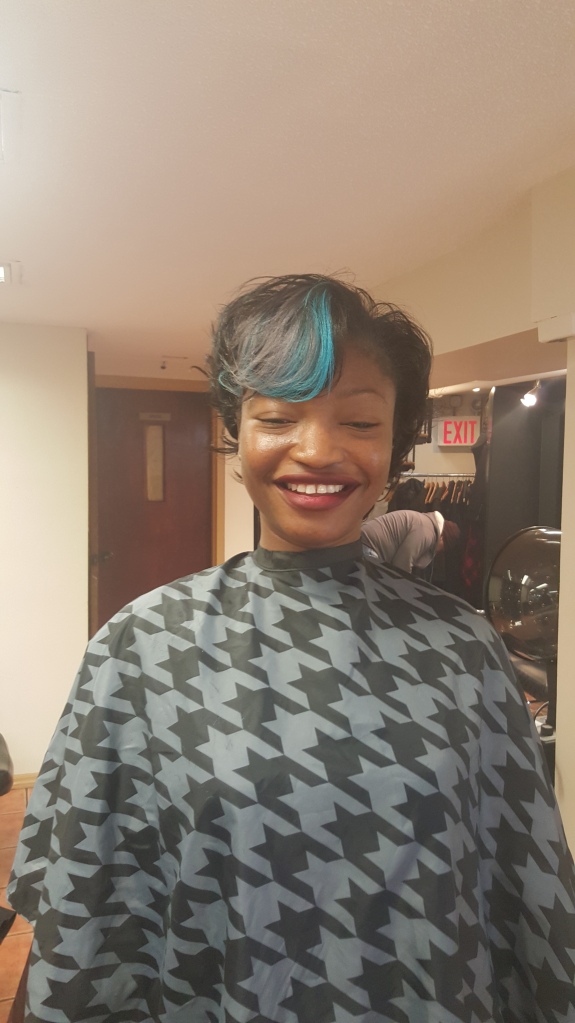 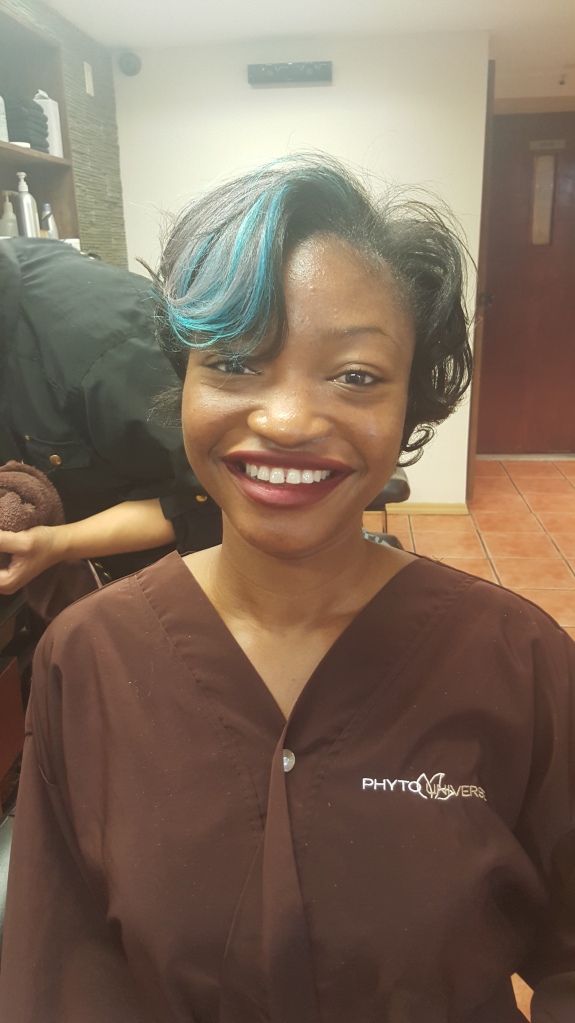 Keep Up With Us!

28 thoughts on “Dyeing 4C Natural Hair: How I Became A Coloured Girl”

Live in NYC? Book MeeMee for Your Next Protective Style!